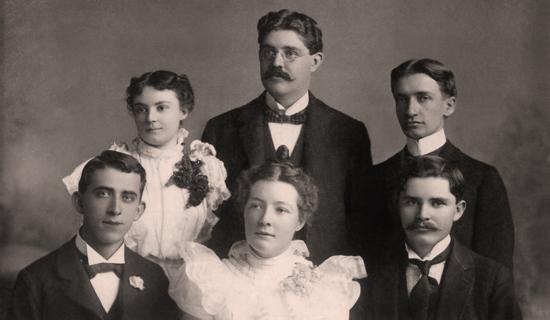 About the McKay Music Library

Emma Ray Riggs graduated from the University of Utah in 1898, receiving one of six degrees awarded that year. She was among the first to study music at the University, which organized the Department of Music in 1888. A talented pianist with a fine contralto voice, she ensured that all her and her husband’s, David O. McKay, children learned to play the piano, and many performed second instruments. Following in their parents’ footsteps all seven children, and their spouses, graduated from the University of Utah.

When David O. McKay became President of the Church of Jesus Christ of Latter Day Saints, Ray traveled the world with him, speaking to thousands of people in many countries. She especially inspired young people. She died in 1970 at age 93, ten months after the death of her husband. Her legacy includes 22 grandchildren and numerous great-grandchildren. Full bio

Please check back for updates.