The 47th Annual National Flute Association Convention came to Salt Lake City this past week. In attendance at the Salt Palace were hundreds of flutists from all over the world, many presenting or performing as soloists, in flute orchestras, or in chamber groups. Some flute choirs were featured in showcase concerts. The School of Music’s own Runnin’ Fl’UTES  secured a concert spot in the convention and performed on the morning of 3 August. The talented students switched between the smaller (piccolos) and larger members of the flute family (alto and bass flutes) throughout a performance which encompassed an entertaining program ranging from Johann Sebastian Bach (1685–1750) to Ricardo Matosinhos (b. 1982). The ensemble, under the direction of Tiffany Sedgley, captivated the large and appreciative audience.

Sedgley crafted an entertaining program that drew on the many talents of the students in the ensemble as well as the talents of former students and current faculty in the School of Music. For example, Mitchell Atencio, recent graduate in flute performance, arranged one of the pieces on the program for the ensemble: he set the first movement of Bach’s Concerto for Three Violins (BWV 1064R) for three flutes and flute choir. Soloists for the Bach were Sedgley, Lisa Byrnes, and Caitlyn Valovick Moore. Since Sedgley was performing in that particular piece, she passed the conducting baton to flutist and 2019 DMA graduate, Diego Plata.

Likewise, another piece on the program, Jimmy Webb’s (b. 1964) classic “Up, Up and Away,” was artfully arranged for flute choir by School of Music faculty member Igor Iachimciuc. This is an arrangement created for the Runnin’ Fl’UTES to perform last year at the inauguration of University of Utah President Ruth Watkins.

The concert ended with a fitting piece for the Beehive State, Rimsky-Korsakov’s Flight of the Bumblebee (arranged for flute choir by Nourse). Enjoy part of the performance excerpted in the video below.

(Use YouTube Gadget or Insert/Edit Video on the toolbar to embed video code.) 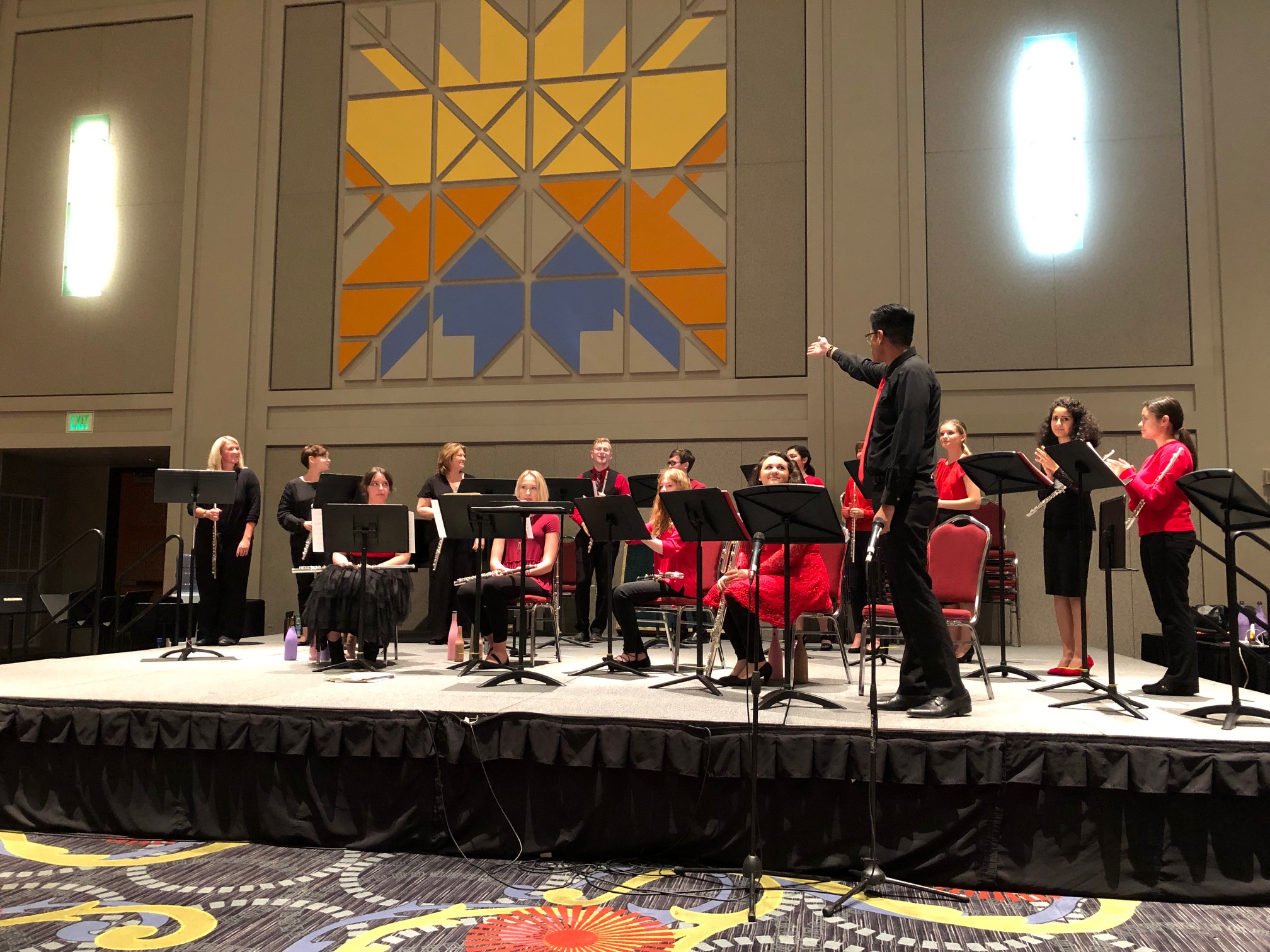 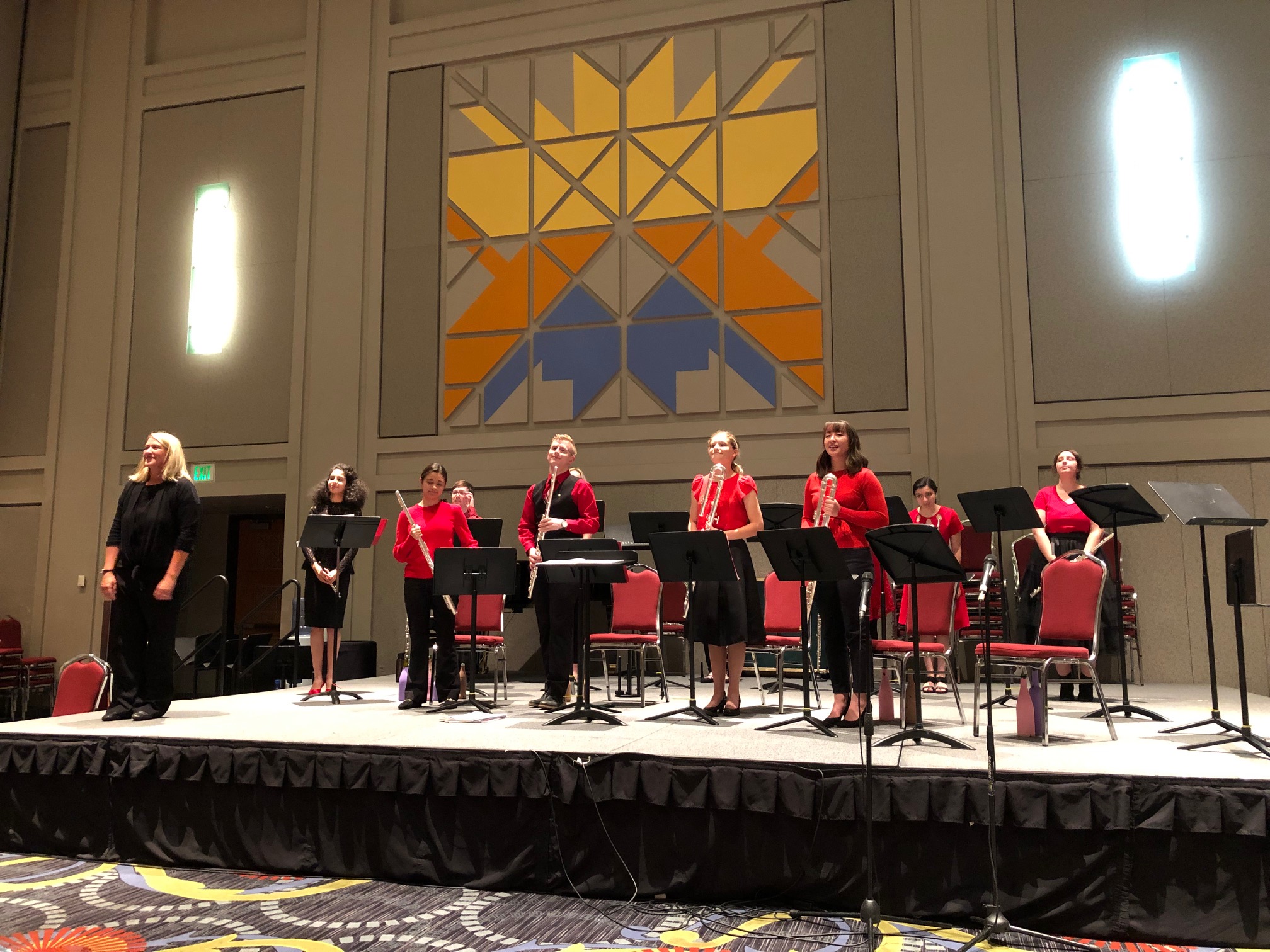 Director Tiffany Sedgley and the Runnin' Fl'UTES at concert's end. 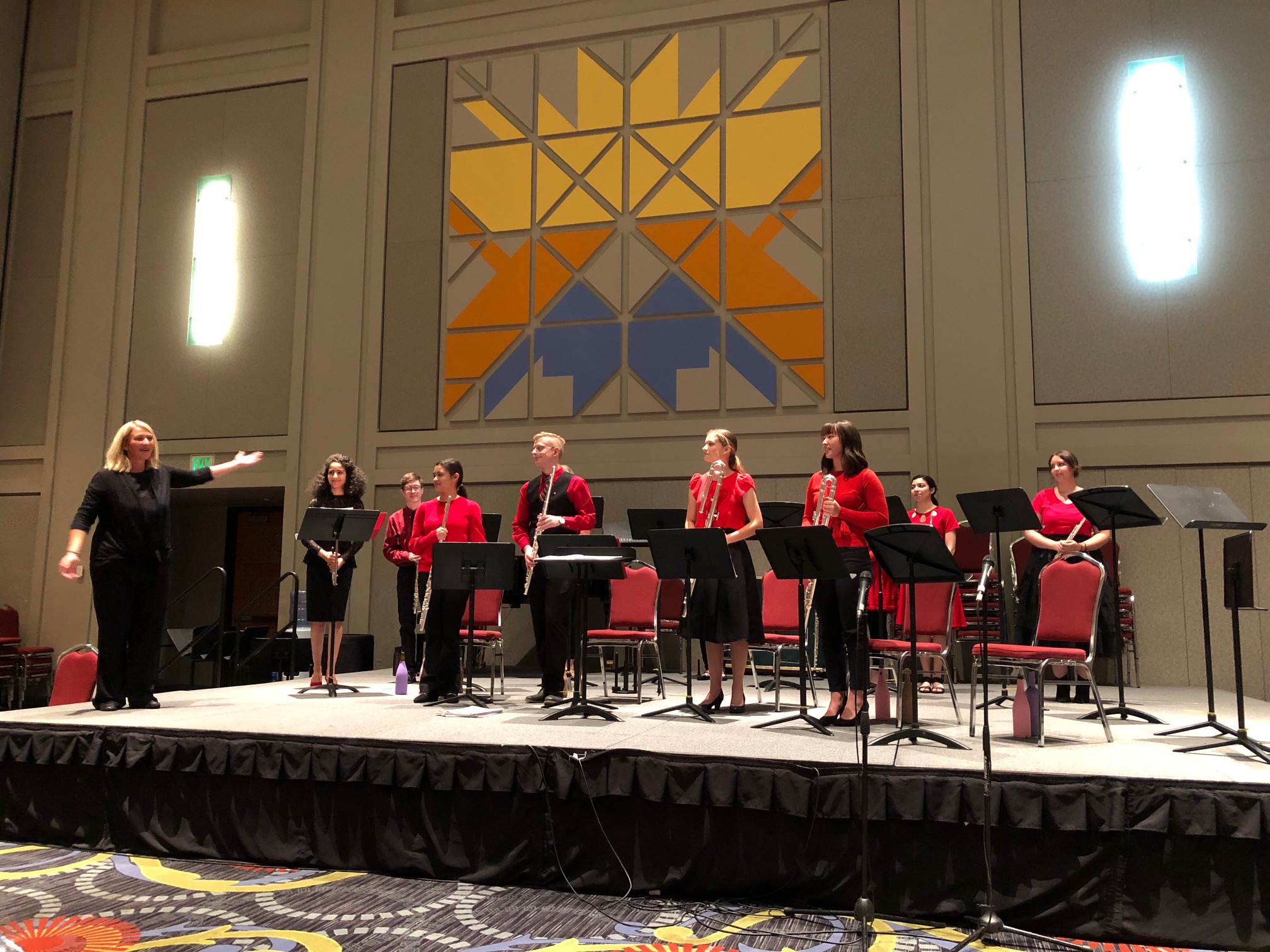 Sedgley and students acknowledge each other. 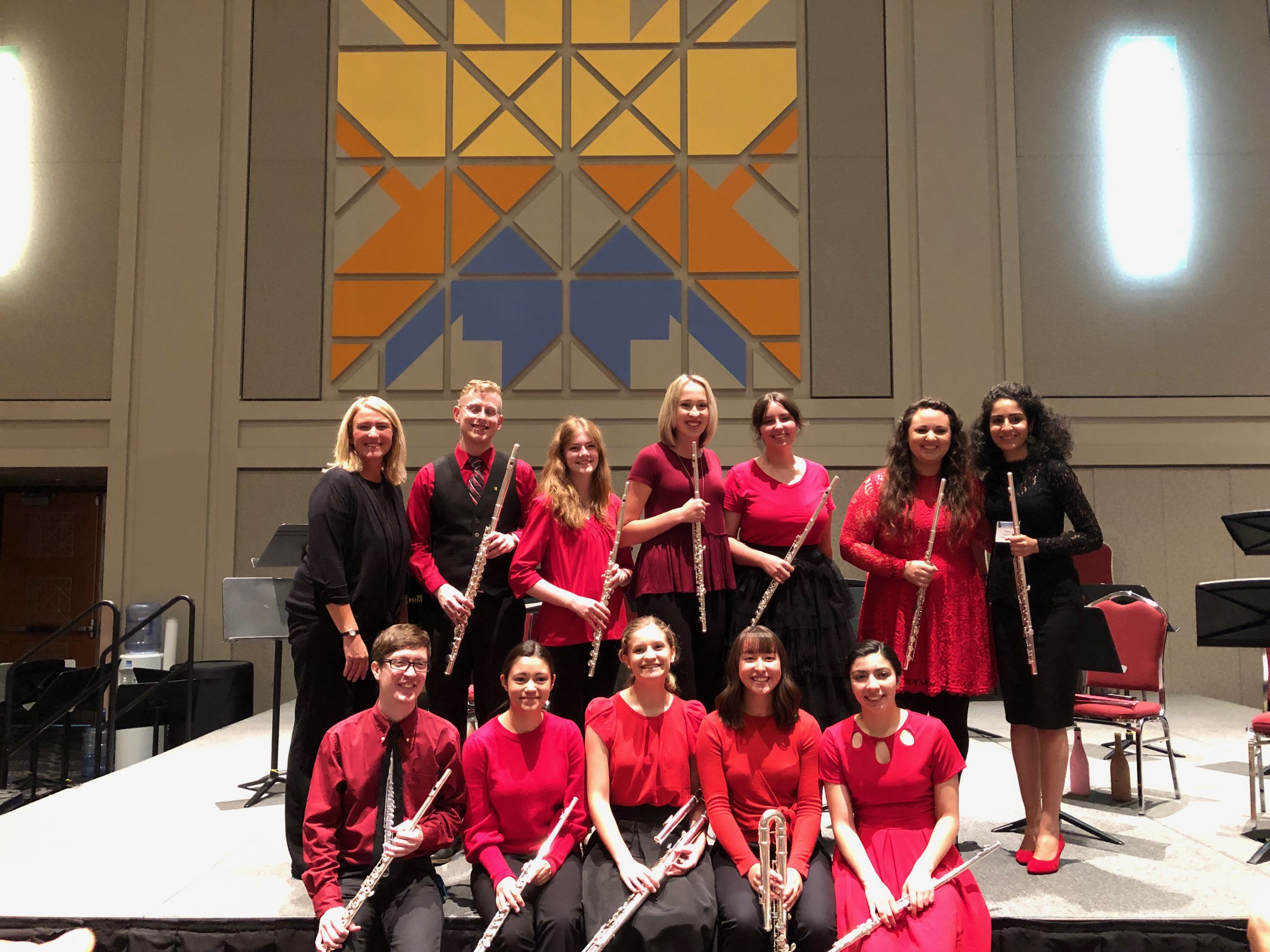