Jordi Savall Coming to the University of Utah 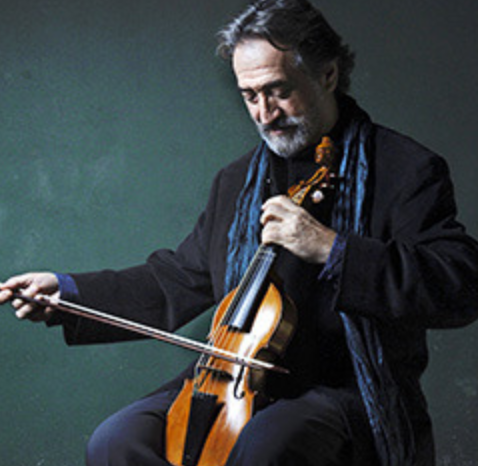 Jordi Savall, a luminous star of the early music universe, is coming with his ensemble, Hespèrion XXI, to the School of Music. Through the Virtuoso Series, a collaboration between the School of Music and Utah Presents supported by the George S. and Dolores Doré Eccles Foundation, he will present a concert and a masterclass on early music performance. Maestro Savall, a Catalonian conductor and virtuoso of the viola da gamba, has spent the last fifty years leading early music ensembles and collaborations featuring performances on period instruments from past centuries, spanning Medieval, Renaissance, Baroque, and, lately, Classical and early Romantic periods.

A glance at his discography and the ensembles he has founded and nurtured quickly reveals the great variety of cultures, musical repertory, and span of centuries embodied in his life's work. Two of his most recent musical projects--Venezia Millenaria, and Les Routes d'Esclavage--for example, bear the fruits of his tireless work as a researcher and music historian, with thoughtfully-crafted programs that often highlight timeless human struggles like war, peace, slavery and freedom.

Savall's oldest ensemble, Hespèrion XXI, which he co-founded in 1974 with music colleagues, including his late wife, Monserrat Figueras, takes its name from the ancients who called the Iberian penninsula hesperia. And, it is the early music of that part of the world, Savall's homeland, which will form the program of the February 4 concert, Splendor of the Iberian Baroque. The program will be filled with dances, folies, and canarios performed by virtuoso instrumentalists on a full complement of early strings including viols, the violone, vihuela, guitar, and triple harp.

"Music, I would say. . . it's the only time machine we have today. We can travel to the time with the music."

While in Salt Lake City, Maestro Savall will present a public masterclass with music students from the University of Utah School of Music who are currently enrolled in the Early Music Ensemble. The class will begin with an anonymous sixteenth-century bass viola da gamba fantasia performed by Ambrynn Bowman and Jacob Ginn. Kelariz Kesharvz will follow with a modern flute transcription of Marin Marais' Couplets de folies, a piece that Jordi Savall has performed frequently on the viola da gamba, the instrument for which it was originally written.  To conclude, Benjamin Drysdale will play the Courante from J. S. Bach's second cello suite.

The University of Utah School of Music offers a comprehensive program of music study on both the undergraduate and graduate levels. The School of Music educates professionally-oriented students across the musical spectrum through rigorous musical and academic experiences; serves the art of music through performance, composition, research and publication; and functions as the state’s center for intellectual, educational, and cultural musical activities. It has been an accredited member of the National Association of Schools of Music since 1952. http://www.music.utah.edu/