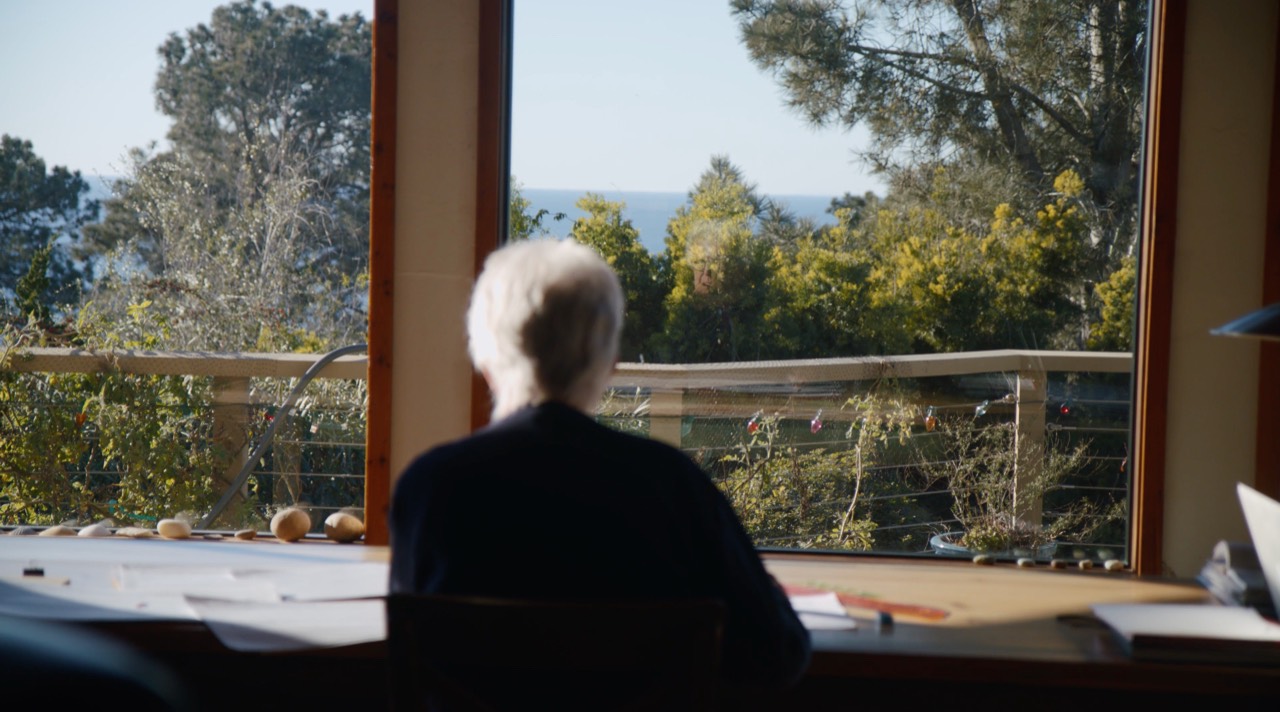 FOR A REASON: Documentary film by Kyle Johnson on the music and world of Roger Reynolds

SCREENING and Q & A with ROGER REYNOLDS

Documentary film by Kyle Johnson on the music and world of Roger Reynolds;
63 minutes

Observing an artist at work is perennially fascinating. Strangely, however, whenever composers are the topic — above all, those writing music today — a persistent mystification about the creative process lingers. This poses a stumbling block to potential new audiences — to audiences who should find discovering composers every bit as captivating as they do their counterparts in the visual arts, technology, or science.

Kyle Johnson’s new film offers a way past this stumbling block when it comes to new music by opting for two strategies. First, he has chosen as his subject the Pulitzer Prize-winning composer Roger Reynolds, for many decades a trailblazing figure who bridges the worlds of traditional instruments and voice, computer-processed sound, and multimedial collaborations. Reynolds has a gift for articulating his interests and practice with engaging clarity. At age 86, Reynolds remains infectiously curious, always in search of what doesn’t yet exist rather than what is already known. Distilling the wisdom accumulated over a lifetime, he is left with questions, not answers — questions that vibrate with insight, excited discovery, and humor.

Second, Johnson’s own aesthetic as a filmmaker rejects a linear, academic documentary approach in favor of continual and surprising juxtapositions of Reynolds and his colleagues. This is an emphatically collaborative composer, and the film’s focus shifts between rehearsals, snippets of live performance or recording sessions, and shots of the composer at his home in Del Mar, California, overlooking the Pacific.

“I wanted to make something for people who are interested in art generally but who maybe don’t know about this particular corner of the musical world,” explains Johnson. “The idea is to give them a window to see why anyone should care about it — to see that composers like Roger are doing this for a reason.” Johnson came

to know Reynolds almost 20 years ago when he was still a high school student in San Diego; in addition to his career as a filmmaker, he is himself a composer.

a special intensity and sense of connection: Johnson provides a genuine insider’s perspective on how this composer thinks, showing the joy and creative spark that accompany his encounters with the musicians who interpret his compositions. Elements from Reynolds’s biography are expertly threaded into the narrative. He grew up in Detroit, began to pursue a career in composition relatively late, and made the momentous decision to settle in California (where he has taught for over 50 years at the University of California, San Diego). Glimpses of the relationship with his partner Karen, a flutist who has collaborated on projects throughout their life together, enhance the sense of being invited into Reynolds’s personal world.

“It seems to me that at the very least, many conservatories, university music departments, and contemporary music groups would really benefit from being able to share this film with students — it is so inspiring,” Kathryn Knight, the incoming president of the storied Peters Edition music publisher in New York, remarked after seeing FOR A REASON. The film allows a unique glimpse into the workings of a composer who remains devoted to an art he defines as ultimately about “getting rid of anything that impedes complete submergence into the experience.”