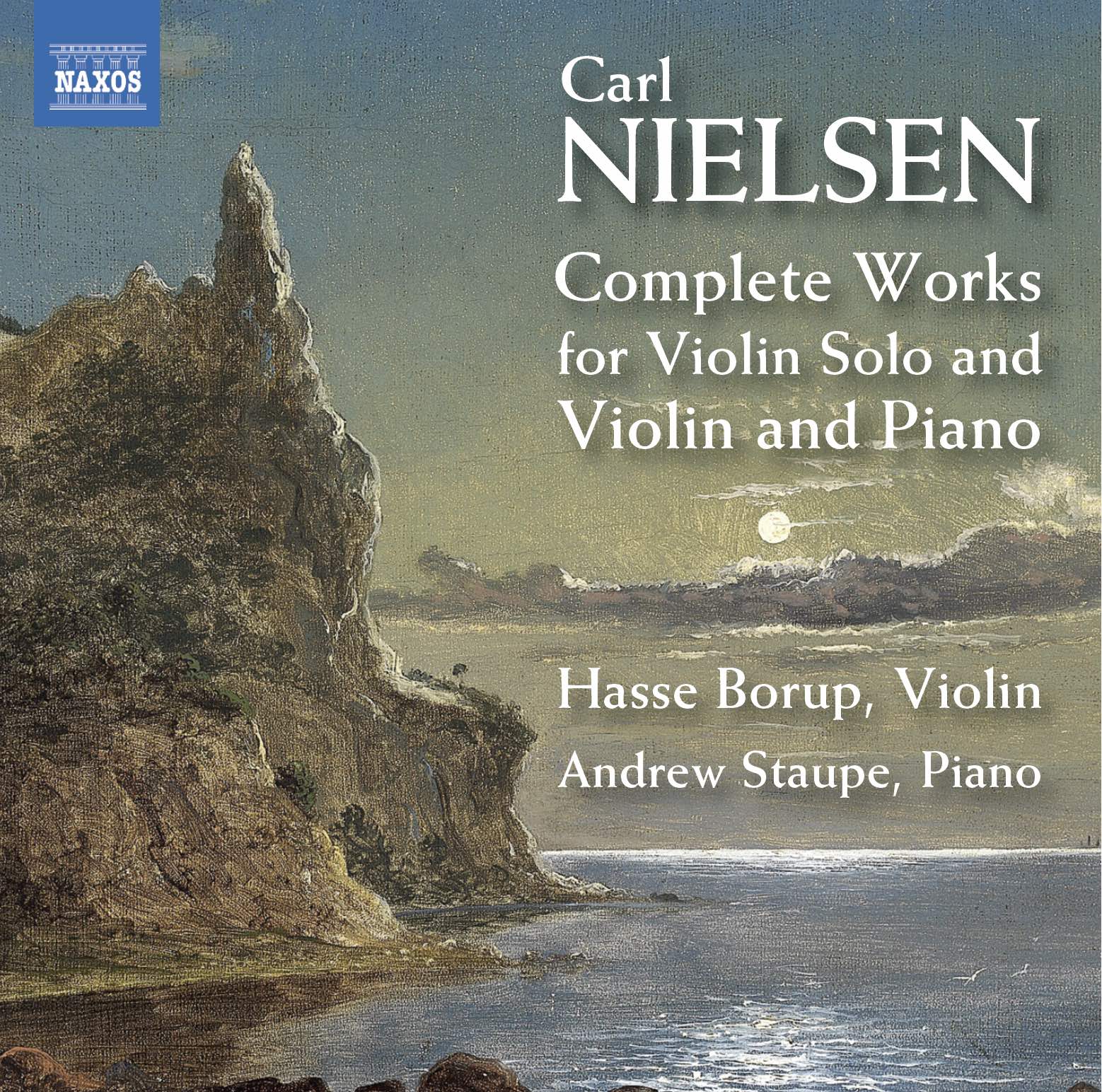 Join us in an online event celebrating the release of Carl Nielsen: Complete Works for Violin Solo and Violin and Piano. Produced by Naxos in partnership with the National Danish Academy and the Royal Danish Library, this first ever anthology of Denmark’s most prominent composer is performed by University of Utah School of Music Professor Hasse Borup (Violin) and Andrew Staupe (Piano), former School of Music faculty, now Assistant Professor of Piano at the University of Houston. This online event will connect the project’s international collaborators Hasse Borup, Andrew Staupe, Niels Krabbe (senior researcher, Royal Danish Library), and Claus Skjold Larsen (Dean, Danish National Academy of Music) in conversation and performance, moderated by Naxos top USA producers. Come hear selections from Nielsen’s remarkable body of work, never before captured to such a degree.

“The music of Carl Nielsen holds a very special place for Danes, defining the nation’s musical voice for over a century and reflecting the soul of Denmark. Nielsen was a violinist from childhood, his early Sonata in G major having ‘a scent of Mozartian youth’, while the newly published Romance in G major was dedicated to his first teacher. Mature works include the Second Violin Sonata, ‘a work unparalleled in the sonata literature’, and the Prelude, Theme and Variations inspired by Bach’s Chaconne for solo violin. This collection represents the first ever recording of Nielsen’s complete music for violin solo or with piano.”

Hasse Borup, professor of violin at the University of Utah School of Music, and pianist (and former U faculty) Andrew Staupe have collaborated on a landmark recording containing Danish composer Carl Nielsen’s complete canon written for violin solo and violin-piano duo.

The record, "Carl Nielsen: Complete Works for Violin Solo and Violin and Piano" was released last month by Naxos Records, but the project had 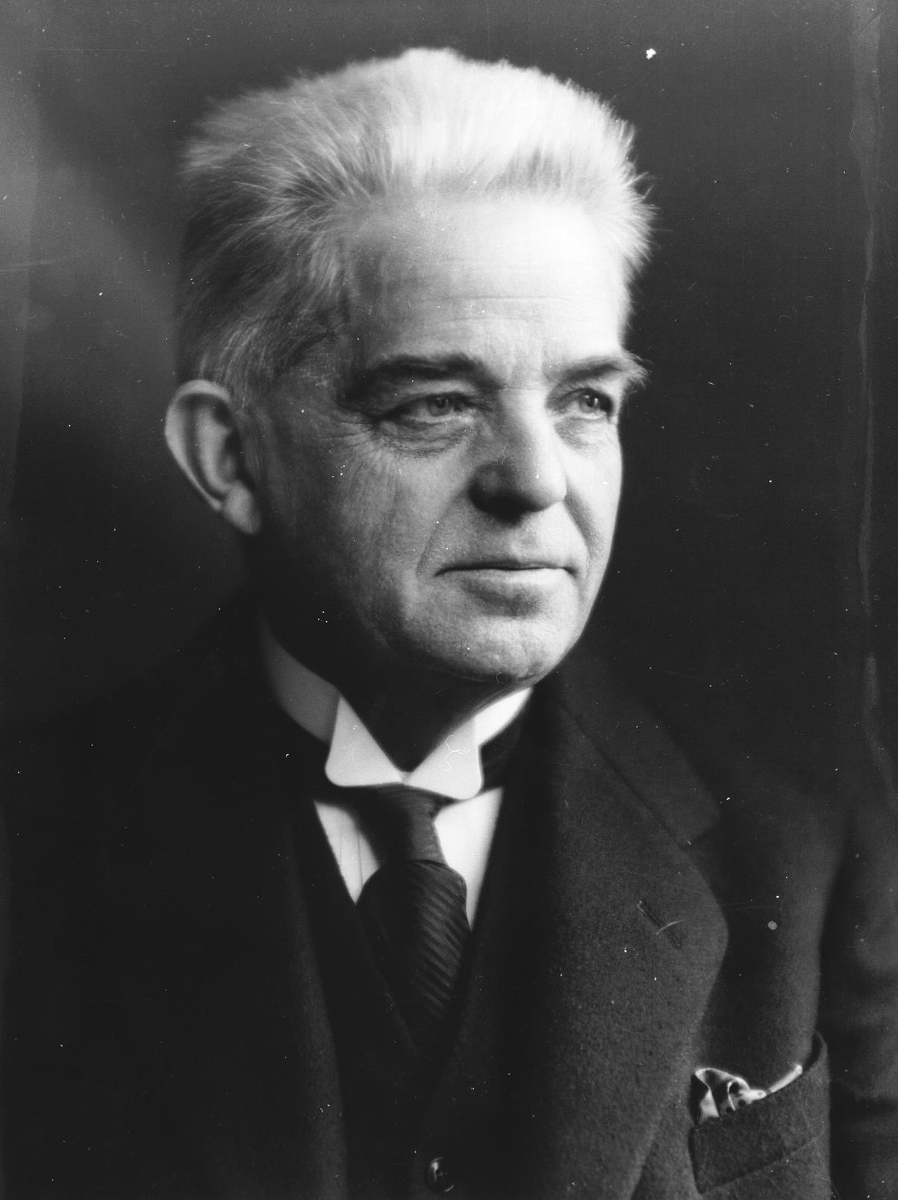 been years in the making, a significant undertaking and one of deep historical importance.

For Denmark, Nielsen is a national treasure (his image resided on the 100 kroner note for over a decade). Much of the country is familiar with his staggering breadth of music, from intimate chamber works to his beloved symphonies. But this album marks the first comprehensive record of every composition for violin solo and violin and piano, even down to small fragments recovered in Nielsen’s notebooks. It spans an entire career, from Nielsen’s teenage years to death.

Borup, a native of Denmark himself, has been deeply familiar with Nielsen’s music since childhood. Knowing how difficult some of the pieces are to play, Borup hesitated when Naxos Records first approached him to record the album. But, recording the complete works has given him a deeper appreciation for just how original Nielsen was for his time.

“You talk about this side of Nielsen that created incredible art music that, I would say in terms of ingenuity and invention, would rival what Schoenberg did at the time. But at the same time, he is the composer of some of the most beloved songs in the Danish songbook, songs that people sing at weddings and gatherings, both sacred and secular. It is this dual Nielsen that has made him the soul of Denmark,” he said.

Borup enlisted colleague and pianist Andrew Staupe to collaborate, as the two had established a musical synergy while Staupe was working in Utah. Immersion into Nielsen’s music was a process of focused study that led to admiration.

“Every country has a composer or two that makes up their national identity. In Norway there’s Edvard Grieg... In the US, we have Aaron Copland, and Charles Ives, and Gershwin. In Denmark, they have Carl Nielsen,” Staupe said. “For me, it was very interesting to dive in with fresh eyes and learn about this composer. At first, I had no frame of reference to understand this music like Hasse did. But as we continued to play it, the meaning and understanding kept coming up. It was a wonderful lesson for me, not only in approaching composers I am not familiar with, but in my own teaching. I want that experience for all of my students because you don’t look at that composer the same way when you go through that process.”

Many are not aware of the intense preparation that goes into recording classical albums. For the year leading up, Borup and Staupe worked incessantly to get the music into their bones.

“This is my eighth CD,” Borup explained. “If you want to do it well, you have to plan everything out to a T because it is so expensive — you have halls and engineers involved, so how you lead up to it is so important. You have to prepare everything so meticulously, that when you go to perform, you could do it in your sleep.”

Originally, the team planned to record in Libby Gardner Hall, where Borup has recorded prior albums. But early on, the Danish National Academy suggested that the team travel to Copenhagen to record in the town Nielsen was from, in a hall named after him. Playing the music in its place of origin deepened the experience. The historic home of Hans Christian Andersen, whose literary works are also fundamental in Danish culture, was just down the street from the recording site. Borup was also able to meet with internationally renowned Nielsen scholar Niels Krabbe in the Royal Danish Library and hold Nielsen’s original manuscripts, complete with his scribbles.

“I encourage my students to travel because you get a different understanding of art when you are in the place it was created. It gives it a greater depth,” Borup said. The team felt that by the time they left Copenhagen, they had more of a grasp on Nielsen as a human being, with a playful personality alongside his raw ability.

Staupe said, "Being a performer as a trade is unlike being an author...when you write a book it’s done. But as a musician, everything is so fluid. It’s never done. So, this is something that musicians do: put things on record, for legacy, to contribute to the canon of research and performance. It feels like we did something special. Something permanent.”

To commemorate the release, Naxos has planned an online event, in partnership with the Danish National Academy of Music, Royal Danish Library, and University of Utah School of Music. Viewers can join Borup and Staupe in conversation with Niels Krabbe, Claus Skjold Larsen (Dean, Danish National Academy of Music), and Raymond Bisha (Senior VP of Marketing and Label Relations, Naxos). They will also perform selections from Nielsen’s canon. 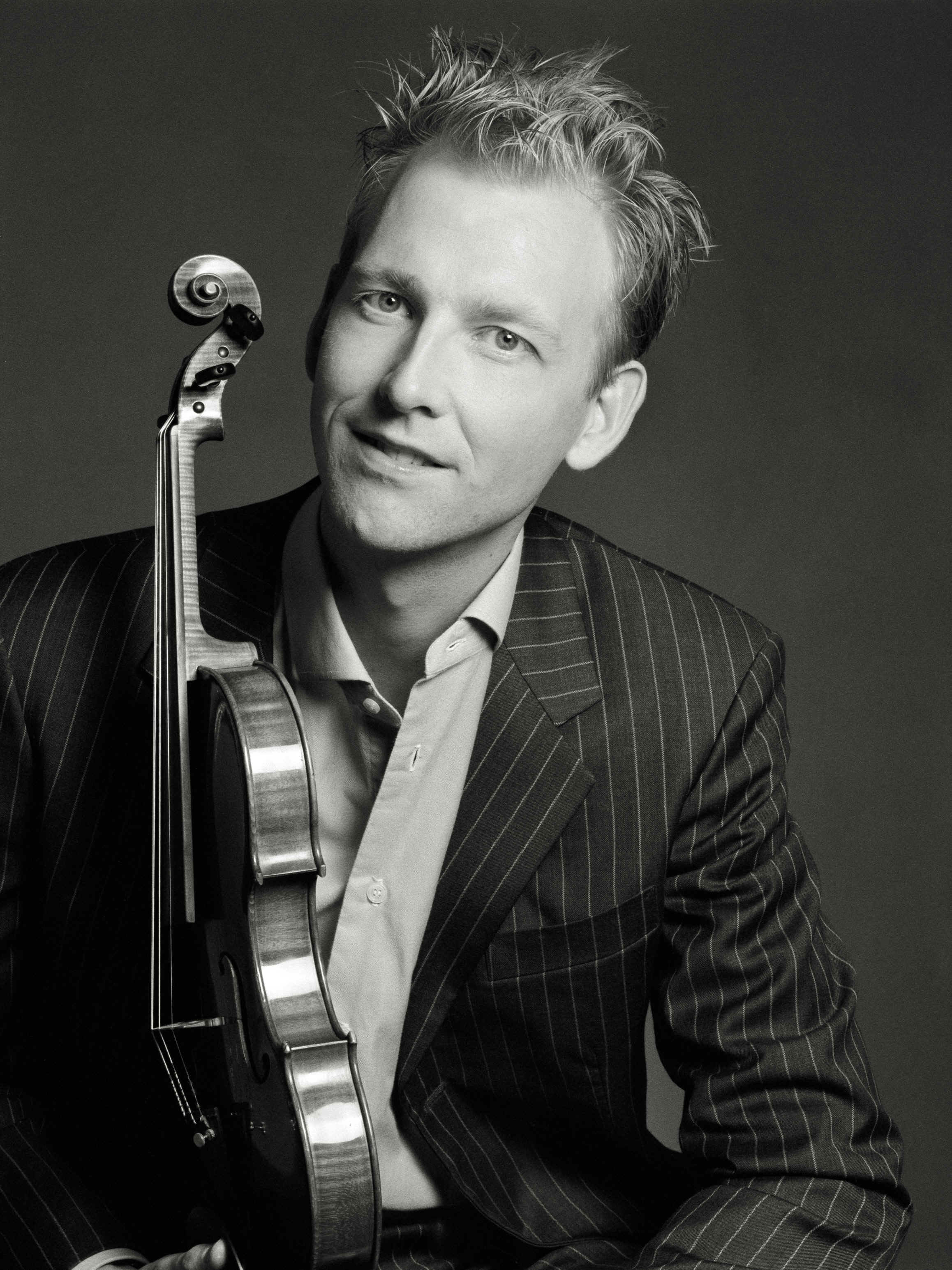 Hasse Borup is professor of violin and head of string studies at the University of Utah School of Music. Dr Borup has released critically acclaimed recordings on the Centaur, Naxos and Innova labels. Solo performances include appearances in Vienna, Beijing, Washington, D.C., Venice, Cremona, Paris, Copenhagen and Miami. He was a founding member of the awardwinning Coolidge Quartet, has performed live on radio in Denmark, Slovenia, Australia and Hong Kong, and has been featured on NPR’s Performance Today. Dr Borup has written articles for The Strad and American String Teacher on topics ranging from violin acoustics to intonation. He directed the Chamber Music Institute at the Music@Menlo Festival and is a frequent guest professor at the Saarburg Festival in Germany. Dr Borup’s main teachers included Arnold Steinhardt, Philip Setzer, David Takeno, Almita Vamos, David Salness, Isaac Stern and Hatto Beyerle, and members of the Guarneri, Emerson and Juilliard Strings Quartets. He holds degrees from the University of Maryland, the Hartt School of Music and the Royal Danish Academy of Music.

Pianist Andrew Staupe has emerged as one of the distinctive voices of a new generation of pianists. Staupe has performed with major orchestras and acclaimed conductors across the globe in distinguished concert venues including the Concertgebouw in Amsterdam, Rachmaninov Hall in Moscow, Schumann-Haus in Leipzig and the Salle Cortot in Paris. An avid chamber musician, he has jammed with legendary vocalist Bobby McFerrin and played tangos with the Assad Brothers. Staupe has a keen interest in new music and has collaborated with composers Howard Shore, Augusta Read Thomas, Yehudi Wyner, Sarah Kirkland Snider, Pierre Jalbert and Christopher Walczak among others. Deeply committed to teaching, he is an assistant professor of piano at the University of Houston. He is artistic director of the Young Artist World Piano Festival in Minnesota, and gives frequent masterclasses and lectures around the United States. A native of Saint Paul, Minnesota, he earned his Doctorate at Rice University with Jon Kimura Parker, and also studied at the University of Minnesota with Lydia Artymiw. 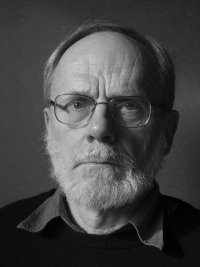 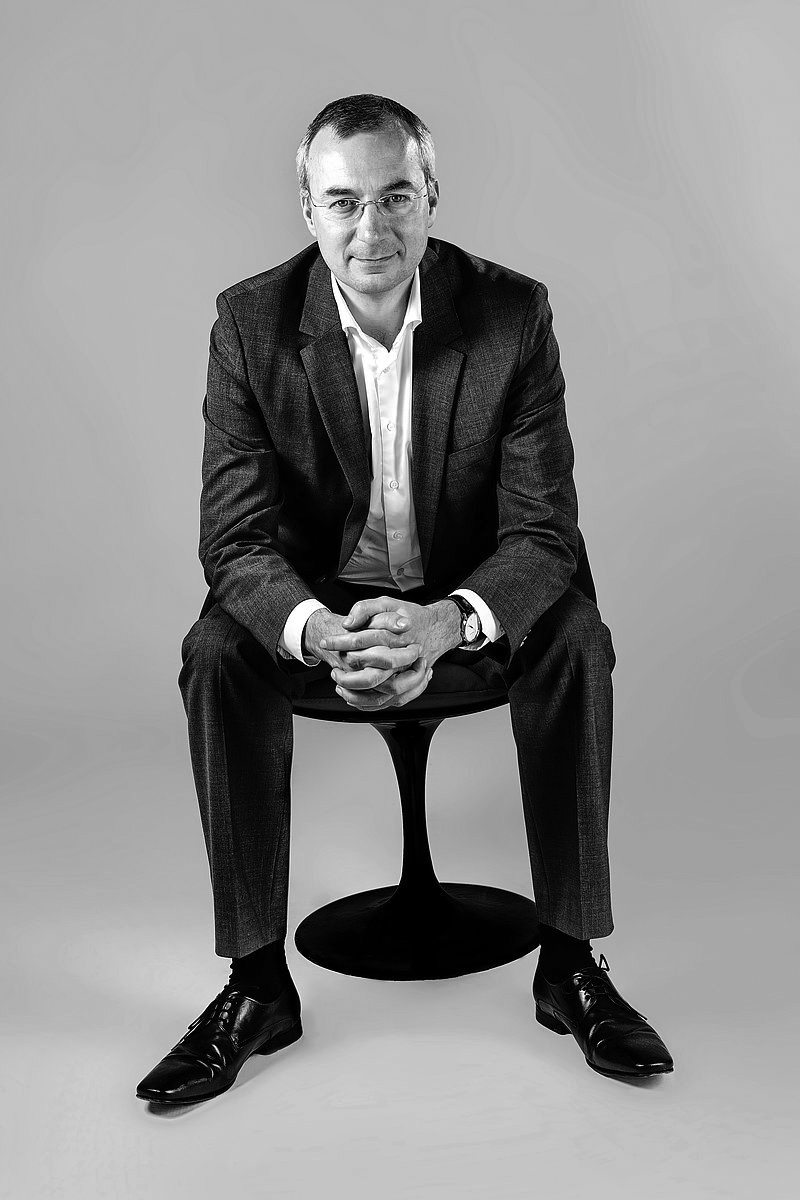 Claus Skjold Larsen is the president of Syddansk Musikkonservatorium – Danish National Academy of Music since 2012.

Educated as a trombonist from the Royal Danish Academy of Music 1995 he has followed a career within music and arts education supplemented with further studies at Harvard Graduate School of Education.

Before taking up the position as president of the music academy he was the CEO of the South Jutland Symphony Orchestra.

Among the major tasks in his current position was the planning and building of brand new facilities for the academy in Odense - including the state of the art chamber music hall inaugurated in 2017, which set the frame for the new Carl Nielsen-recording by prof. Hasse Borup and prof. Andrew Staupe. 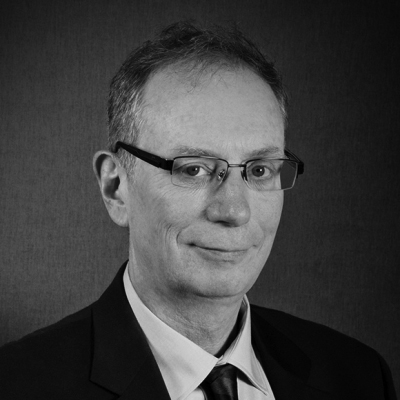