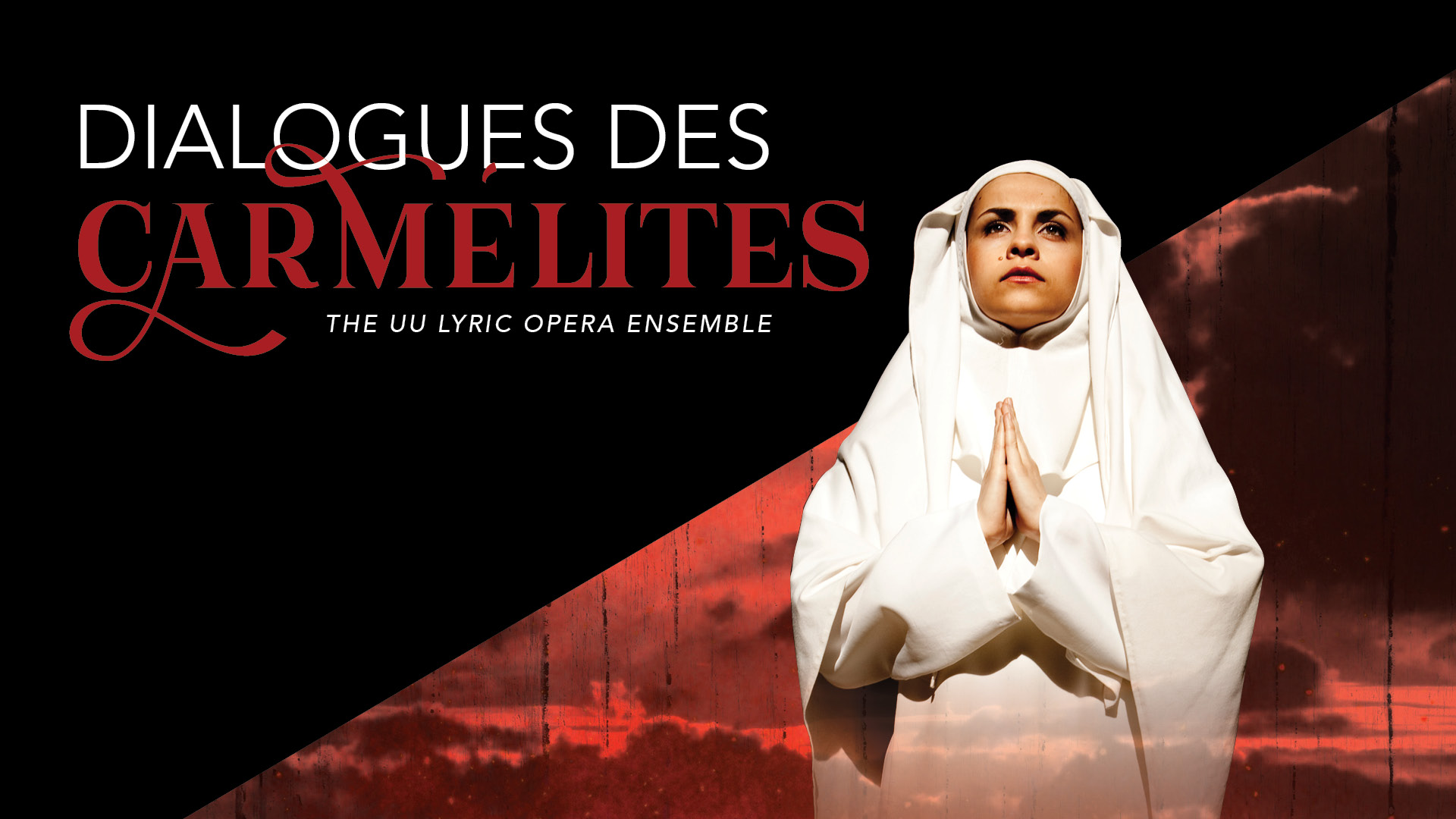 Faith, sacrifice, and redemption transpire throughout one of Francis Poulenc’s most profound works, Dialogues des Carmélites. The University of Utah Lyric Opera Ensemble and the Utah Philharmonia will perform this opera on April 19-20 at Kingsbury Hall.

This is the second time UU Lyric Opera Ensemble has chosen to perform Dialogues des Carmélites. When it was performed a few years ago, the Director of Opera, Robert Breault said he “knew it was worth doing again.”

“When done last time, there was not a dry eye in the house,” said Breault. “It is one of the greatest of 20th century operas.”

Set during the French Revolution, this opera expands on the true story of a convent of nuns in Compiègne, France who faced a crisis of faith when they refused to renounce their vocation during the last days of the Reign of Terror. The story follows a shy, aristocratic woman who joins the convent to escape the violence of the Revolution. She finds herself thrust into the ultimate test of her courage and faith.

At the time, Poulenc was struggling to reconcile the horrors of World War II as well as rediscovering his spirituality and commitment to Roman Catholicism. He was deeply moved when he saw a play written by Georges Bernanos and later adapted it into an opera which became Dialogues des Carmélites. Serving as a glimpse into the composer's soul, this score contains some of Poulenc's most beautiful and personal music, including exquisitely rendered themes and a devastating final scene.

Like all UU Lyric Opera Ensemble productions, this opera will be double cast, making both performances equally unique. Get your tickets at tickets.utah.edu.