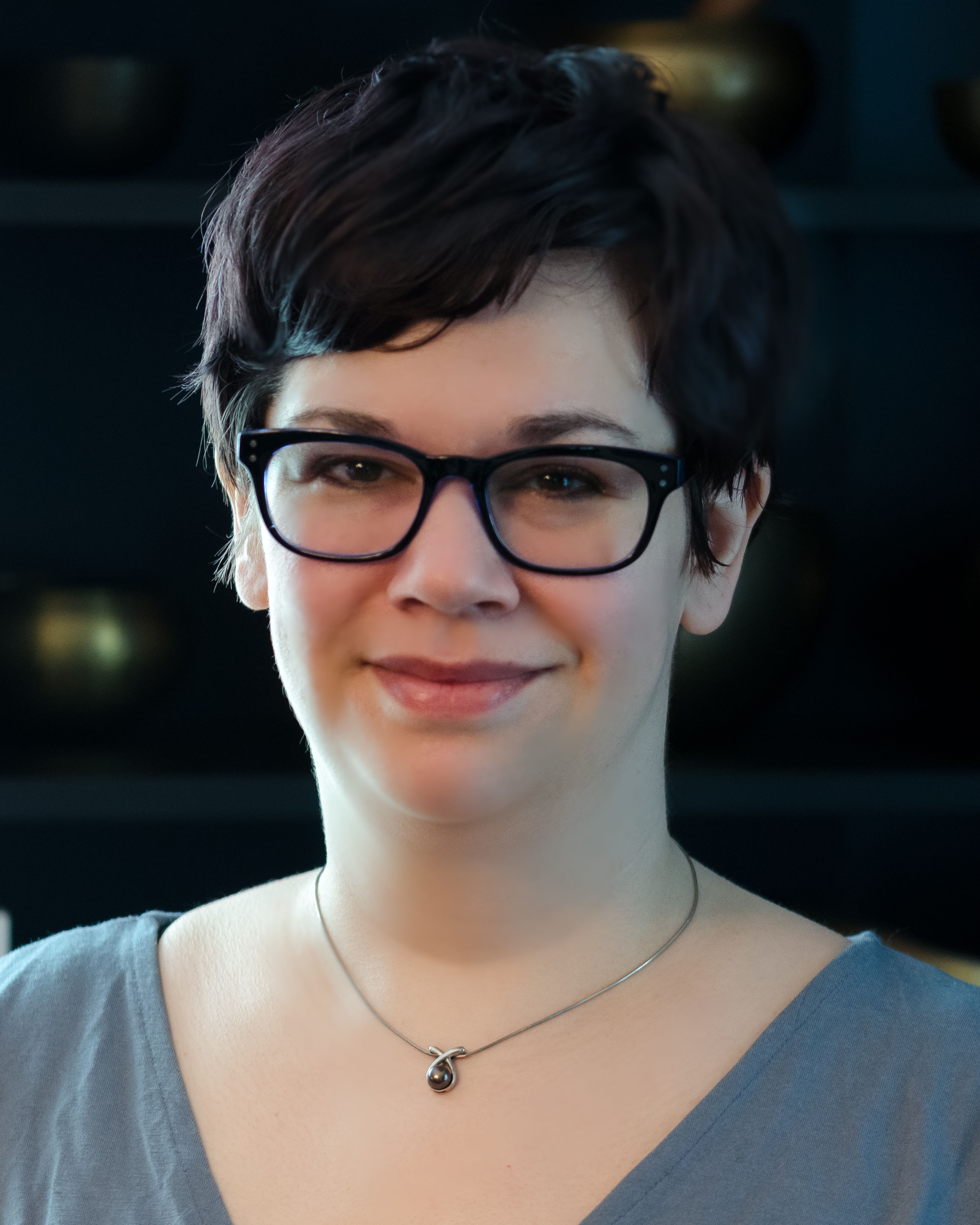 Jessica Rudman’s music inspires empathy for social issues through stories of myth, magic, and the modern world. Described as a “new music ninja” by the Hartford Advocate, she blends lyrical melodies, sensual harmony, and vibrant color to draw listeners into her dramatic narratives. Her works for the concert hall, dance, and opera often differ in musical language and approach, with the common thread being expressivity. She believes that the ability to reach one’s audience is of extreme importance in our current social, economic, and political environment. Dr. Rudman’s compositions have been presented across the United States, Europe, and South America by ensembles including the Arditti Quartet, International Contemporary Ensemble, the Riot Ensemble, the Cadillac Moon Ensemble, the Omaha Symphony's Chamber Orchestra, the Yakima Symphony Orchestra, the Hartford Independent Chamber Orchestra, and others. Honors include winning the Riot Ensemble’s Commissioning Competition, a Connecticut Office of the Arts Artist Fellowship, the Boston Metro Opera’s Advocacy Award, and the NewMusic@ECU Orchestra Composition Competition.In 2018, her chamber opera Marie Curie Learns to Swim (libretto by Kendra Preston Leonard) was premiered by Hartford Opera Theater. The work explores the life the notable scientist through flashbacks during a vacation with her daughter, and focuses on her experiences as a woman in a male-dominated field and an immigrant in her adopted country. Other compositions focused on social justice themes include the mini-opera Trigger, which features a woman’s response to domestic violence; A Curious Incident with the Queen, which uses a children’s story to explore economic oppression and political powerlessness; and Gaslight Variations, a solo for microtonal flute with glissando head joint that treats thematic variation as an analogy for the phenomena of gaslighting.Dr. Rudman also writes extensively for student and community ensembles, previously completing commissions for the Connecticut Region 14 Band program, the Connecticut Children’s Choir, and the Astoria Choir. Many of these commissions involved collaborative residencies: for example, Masks for concert band is based on melodic fragments that the students composed, and Of Equality for children’s choir combines a text by Walt Whitman with responses by the students.As a scholar, Dr. Rudman has presented at the Society for Music Theory Annual Meeting, The European Musical Analysis Conference, and the Society for American Music. Her main research areas include transformational theory, the music of Ellen Taaffe Zwilich, and the pedagogy of theory and composition. In 2022, she co-founded Teaching Composition: a Symposium on Music Composition Pedagogy. Before joining the faculty at the University of Utah, Dr. Rudman taught at The Hartt School, Central Connecticut State University, Eastern Connecticut State University, and Baruch College. She currently runs the emerging composer workshop for the Women Composers Festival of Hartford.Dr. Rudman holds degrees from the University of Virginia and The Hartt School. She completed her Ph.D. at the City University of New York Graduate Center. Her main teachers include Tania León, Gilda Lyons, Larry Alan Smith, Robert Carl, and Stephen Gryc.