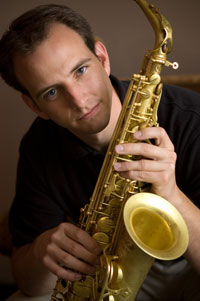 Dr. Clark has been honored with numerous teaching awards over his career most recently as the recipient of the 2014 Sorensen Legacy Award for Excellence in Music Education.

As an educator he has spent nearly two decades as a public school teacher, most recently at Corner Canyon High School, and previously Jordan High School where his ensembles consistently received superior ratings at the State Jazz, Concert Band, and Orchestra Festivals making his ensembles among the highest rated in the state. His jazz ensembles have also won or placed in numerous competitions throughout the west.

Dr. Clark is in high demand as a performer, adjudicator, conductor, and clinician nationwide in both jazz and classical styles. He is the principal saxophonist in the Utah Wind Symphony, and has frequently performed with the Salt Lake City Jazz Orchestra. He has performed at the Lionel Hampton Jazz Festival, and also the Salt Lake International Jazz Festival and Benny Golson Jazz Festival as a featured performer. Dr. Clark is active in the studio having performed on many movie and video game soundtracks as well as being a featured soloist with the Cannonball Saxophone Band. He has had the honor of playing with many notable musicians including: Gerald Albright, Eric Darius, Gordon Goodwin, Wynston Byrd, Gianni Vancini, Carl Allen, Don Menza, and many more. Other musicians he has had the priviledge of working with include: Branford Marsalis, Vince Norman, and Pete Christlieb.

Mr. Clark is also the Resident Conductor of the Utah Wind Symphony Youth Ensemble, a wind band for the most talented youth in the state of Utah. He is also the music director for the Canyons Symphony Orchestra.