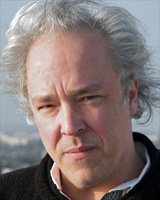 Tenor Robert Breault enjoys an international career that features an extraordinary breadth of repertoire. His warm, flexible voice and superb artistic sensibilities combine to make him a consummate singing actor. He has appeared on numerous recordings in a wide range of roles. As Opera News noted, "Besides a ductile tenor that allows him to negotiate a full dynamic span, from silvery head tone to ringing forte, even within a single phrase, Breault offers truly superb diction." Opera News also praised him for making "an excellent impression, his mellifluous tenor boasting clarity of both tone and diction; clearly reveling in high notes, he sang with notable dynamic variety." Opera Canada wrote in 2009, "Tenor Robert Breault made his EO (Edmonton Opera) debut with distinction as the Duke of Mantua. He looks the part of a man who can seduce women with more than just his power and wealth, and he has a lustrous voice."