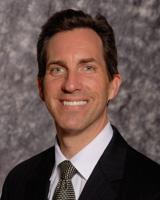 Kenneth Udy, a native of Salt Lake City, earned his doctoral degree in organ performance from Claremont Graduate University in Claremont, California. He has also studied at the University of Southern California in Los Angeles and Utah State University. Udy’s instruction has been under Clay Christiansen, James Drake, Cherry Rhodes, and Robert Noehren.

Udy has performed organ recitals throughout the United States and in Europe. A practicing church organist for over twenty years, he currently serves as Director of Music at Wasatch Presbyterian Church in Salt Lake City. He often appears as guest organist at the Salt Lake Tabernacle and with the Utah Symphony.

Udy has filled several offices in the American Guild of Organists (AGO) including Dean of the Salt Lake City chapter for three years. He has served as District Convenor for the State of Utah and Vice Chairman of the AGO Regional Convention in Salt Lake City in 2003.