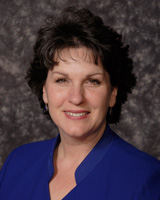 As a recitalist, Ms. Allred has performed throughout the country with several appearances in New York City at Carnegie Hall and Columbia University's Kathryn Miller Basch Hall, and in many European cities including Rome, Paris, London, Barcelona, Geneva, Copenhagen, Stockholm and Helsinki. She has also performed throughout Italy, Sweden, Spain, Portugal and the Azores with her husband and accompanist, Brady Allred, as an Artistic Ambassador for the United States Information Agency.  They have given recitals at the National Center for the Performing Arts in Bombay, India, as well.

Her awards include first prizes in the Utah Metropolitan Opera Auditions, the MTNA National Collegiate Voice Competition, the Jessie Kneisel Lieder Competition, the Bullock Awards, and the Pittsburgh Concert Society Competition.  She was also selected to be the soprano soloist at the Marlboro Music Festival.

Ms. Allred began her vocal training at Brigham Young University as a student of Margaret Woodward and received the Bachelor of Music Degree in Vocal Pedagogy.  She continued her musical studies with Jan DeGaetani and Masako Toribara at the Eastman School of Music where she completed the degrees Master of Music and Doctor of Musical Arts in Vocal Performance.

Dr. Allred currently serves on the vocal faculty at the University of Utah and has also taught at Brigham Young University, the New York State Summer School of the Arts at SUNY Fredonia, Seton Hill College in Greensburg, PA, and the Hampden-Sydney Chamber Music Festival.  Her CD “Sol y Sombra: Sun and Shade” with the Chatham Baroque Ensemble was released on the Dorian label.  She is the mother of four daughters--Loren, Megan, Brennan, and Karin, and wife of conductor, Brady R. Allred.