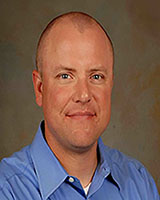 He has previously served on the faculty at the University of Utah in 2001, where he was the Assistant Director of Bands and the Director of the Marching Band. While at the University of Utah, he also served as one of the directors of the Salt Lake 2002 Olympic Spirit Band. The Olympic Spirit Band performed at many of the venues during the games as well as the Opening and Closing Ceremonies.

Dr. Sproul holds a Doctor of Musical Arts degree in Wind Conducting from the University of Alabama. While at Alabama, he served on the staff with the University Bands programs and performed as principal bass trombonist of the Huxford Symphony Orchestra and the Alabama Wind Ensemble. He has also performed professionally on piano, organ and tuba. Prior to attending Alabama, he taught high school band in metro-Atlanta.