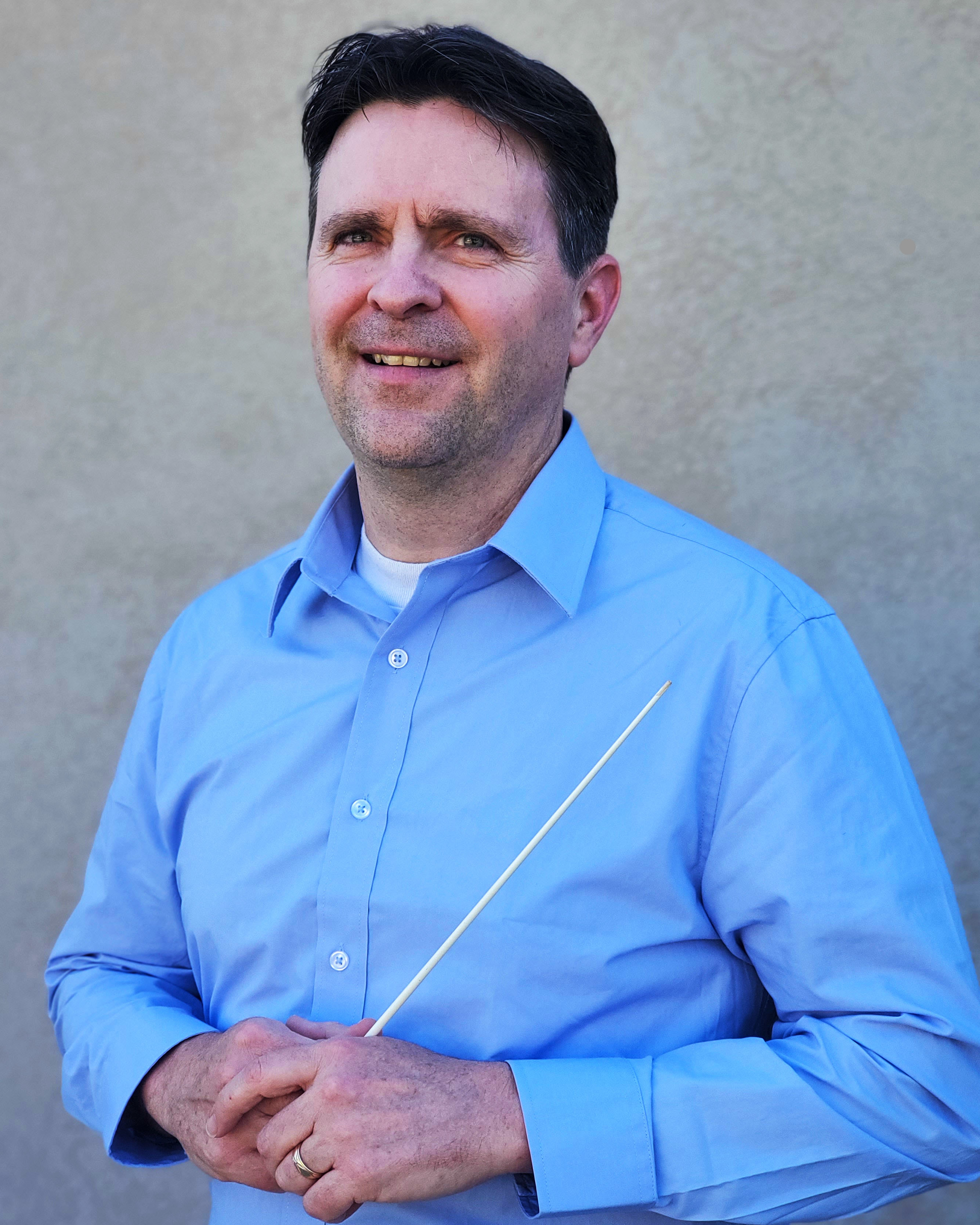 Darrin Schreiner Thiriot is the Visiting Director of Wind Ensemble at the University of Utah. Darrin holds a Bachelor of Music Education Degree from the University of Utah where he studied clarinet with Kathy Pope, and Christie Lundquist. He also holds a Master of Music Degree in Clarinet Performance from Northwestern University where he studied with Russell Dagon and Laurie Bloom. For the past four years he taught Applied Clarinet, Chamber Music, Woodwind Methods, and Music History at Methodist University in North Carolina.

Darrin recently retired from over 26 years of military service in the nation’s premier military bands. For the first half of his career, he served as a clarinetist and Eb clarinetist with the Air Force Band in Washington, D.C., and the 2nd half as an Army Premier Band Conductor. As a conductor, he has worked with many professional bands including the Air Force Band and Chamber Players, The West Point Band, the U.S. Army Band “Pershing’s Own”, members of the Army Field Band, the Army Ground Forces Band, the 82nd Airborne Division Band and the Methodist University Concert Band. As an orchestral musician, Darrin performed for seven seasons as the Principal Clarinetist in the Fayetteville Symphony Orchestra. He has also performed with the Utah Symphony, the Richmond Symphony, the Corpus Christie Symphony Orchestra, the Washington Metropolitan Orchestra, and other orchestras in the Washington D.C. area. Darrin has conducted the Fayetteville Symphony Orchestra, the Air Force Band Chamber Orchestra, the Tabernacle Choir and Orchestra at Temple Square, and led and coached 3 different level ensembles of the Fayetteville Symphony Youth Orchestra.

Darrin is an avid proponent of music education in private lessons and public schools. He planned and performed over 30 chamber music lecture recitals in colleges and universities across the nation during Air Force Band tours. He has coached and worked with dozens of Jr. High and High School programs including the clinician for the 2018 Combined U.S. Embassy Schools High School Music Festival in New Delhi, India. In spring 2022, he presented a lecture recital at the Utah Clarinet Festival entitled “Clarinet multi-track recording basics and beyond”. Darrin is a member of the Utah Symphony Youth Guild Board that partners with the symphony to provide high quality educational and performance opportunities for young orchestral musicians.