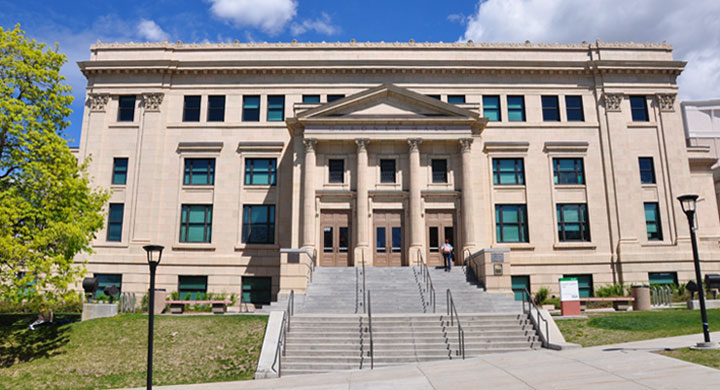 Constructed 1930-3, this neo-classic building served as the Student Union from that time until 1954 when the University opened the new Olpin Student Union.

Since 1954 the building has housed various tenants including Ballet and television station KUED as well as the School of Music. In 1980 the building was renamed for then University President David Pierpont Gardner. From 1997-2000 the building was totally renovated adding the Dumke Recital Hall, the McKay Music Library as well as improvements to the classrooms and the Thompson Chamber Music Hall. As part of this improvement project a new structure housing the Libby Gardner Concert Hall, new choral and instrumental rehearsals halls, practice rooms and additional studios was also added.